In order to be prepared for the future pitch, we continued working hard in the expertise groups (logistics, urban planning, poster design, environment and governance) and tried to include as much inputs as possible into our scenarios. The environmental group had the chance to finally meet the professor for urban water management of the Universidad del Norte, Humberto Ávila Rangel, who made us discover interesting information about Barranquilla’s water management.

An astonishing fact we found out was that instead of a clear policy about water quality, all the effort and focus steer to capture and channel the water as soon as possible. For example did the university develop a tool, monitoring the rainfall amounts at several stations within Barranquilla (www.pluvial.co) in order to get knowledge about how arroyos are formed during events of heavy rainfall. However, the wastewater treatment plant of Barranquilla, in operation since 2009, covers a primary treatment for 2/3 of the cities inhabitants, removing mainly all floatables.

Furthermore, although a sewage pipe-system already exists in the market, there are still several wrong informal discharges, which are not connected to the sewage network. Based on the fact that the market is only one meter above sea level, it is impossible to reach high flow velocities of the water in the ‘caño’. This scenario creates a chaotic hygiene situation, since when getting polluted; it is almost incapable of recovering itself due to the low water exchange rate.

Another crucial key message was the fact, that covering the caño because of its smell and its attractiveness as a waste disposal location, would not only be hardly socially acceptable, but would also erase a significant part of Barranquilla’s (market) history. 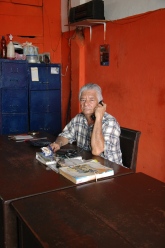 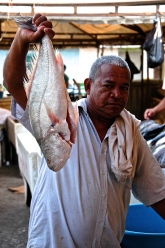 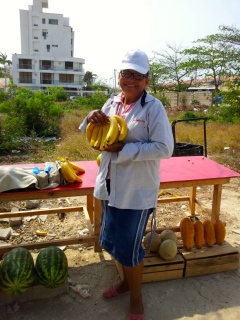 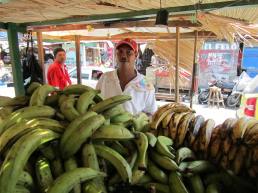